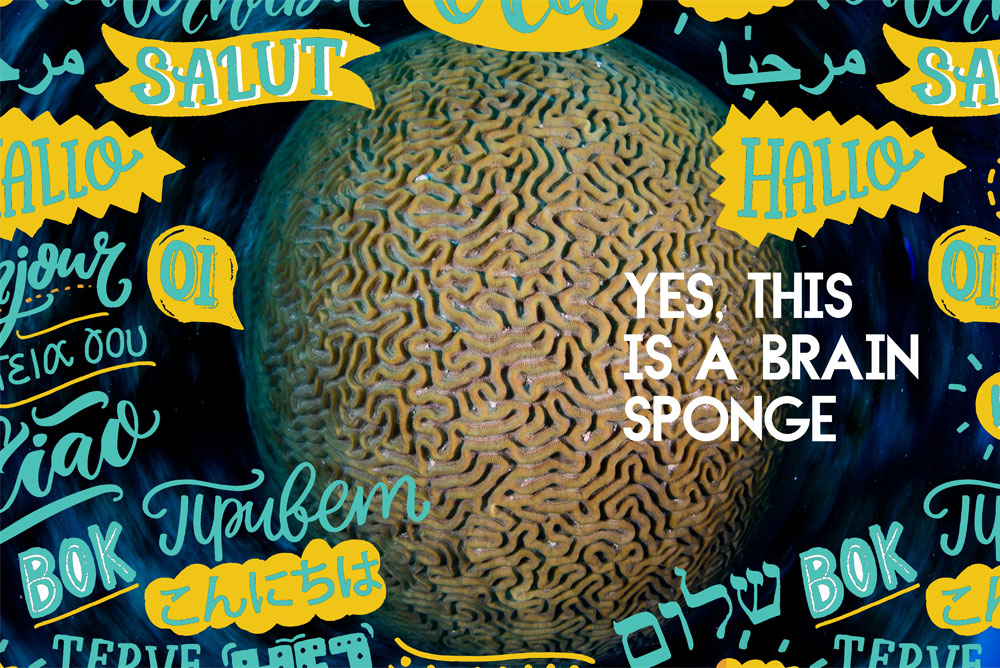 We have all heard that speaking a second language to kids while their brain sponges are developing helps them with language in the future, but did you know that just hearing other languages does a even more for their cognitive development?

Studies have shown that hearing other languages creates neural pathways that otherwise would not form, and one article I read suggested that this can even increase the amount of the brain used. If the hype is to be believed, this additional brain development can assist with critical thinking, logic, math and even creativity.

It’s tough in a family where one parent is bilingual and the other is not. Speaking Spanish (or Afrikaans, or Russian – the three parents I was chatting to) to your kids feels like something you really should do but it’s a bit of a hassle when you’re trying to keep everyone fed, cleaned, homeworked and otherwise sane(ish) at the same time.

So here’s a somewhat genius tip from Fernando, co-founder of The Kids Book Company and native Spanish speaker …. Pick just one place in the in which you speak only that language, and stick to it. It becomes a habit, you only have to do it in one place, and you’re guilt free!

Now for the real genius…. Use the car! Oh yes. Easier than you’d think right?!

“General chat while driving.” is how he describes it. Let’s get your seatbelt on. Look at the blue car. There is a truck. That’s a tree etc. Chat about what you see, and you’ll be surprised how fast it gets picked up!

Ok so what if you’re NOT bilingual? You can still use the car as a tool! Use a learning language podcast or add some cool songs in different languages to your playlist. There’s some amazing stuff out there… and you too, can feel like a guilt-free super parent!

The last word : We’ve given you an easy start on extending language for your kids, two of our personalized kids books have other languages in them! My Way Home features ‘hello’ and ‘thank you’ in the native language of many of the countries along the adventure, and More Than I Can Count will teach your kids numbers one to ten in French, German, Spanish, Italian, Mandarin and Japanese!