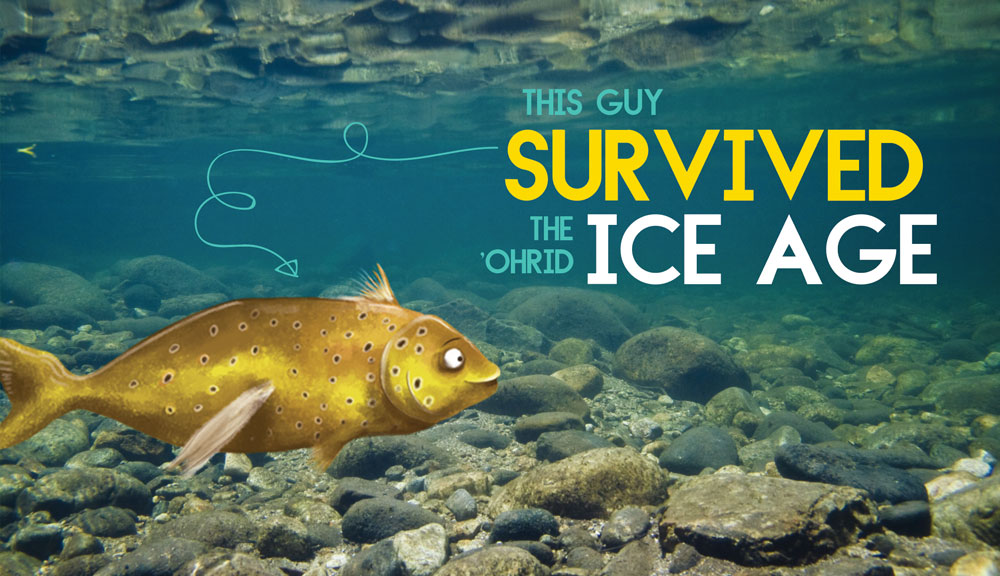 When researching all the different countries for My Way Home, I started to notice a trend – that of one (or several) endemic species under siege. While it was important to include characters kids can identify with (and intrinsically like), it was also important to me to balance that with those species that needed a voice.

I always say it’s impossible to care about something you don’t know about.

I also remember so much from my favourite books as a kid – they set a baseline for things that, as an adult I continued to be interested in.

The Ohrid trout is one of these examples. It lives underwater in a lake in a reasonably untraveled part of Europe – couldn’t be less visible a symbol if it tried!

Why the odd Ohrid?

The Ohrid trout was chosen as a character because it’s kind of fascinating! It’s called a ‘living fossil’ or ‘dinosaur fish’ – it lives in Europe’s oldest (and fabled) Ohrid lake – nestled between Albania and Macedonia.

As the deepest lake in Europe, scientists believe that this incredible depth created a micro-climate that meant the ice age was unable to freeze it completely, allowing species – such as the Ohrid trout to survive.

Now living in a UNESCO World Heritage site – the Ohrid trout is still under serious threat of extinction – sort of ironic to survive an ice age but not the age of man. Amongst other things – they need clean fine gravel to lay their eggs – something that’s becoming difficult to find… lucky though they have help from your child in My Way Home!