Snakes have a bad rep – why in the heck would you put one in a kids book? 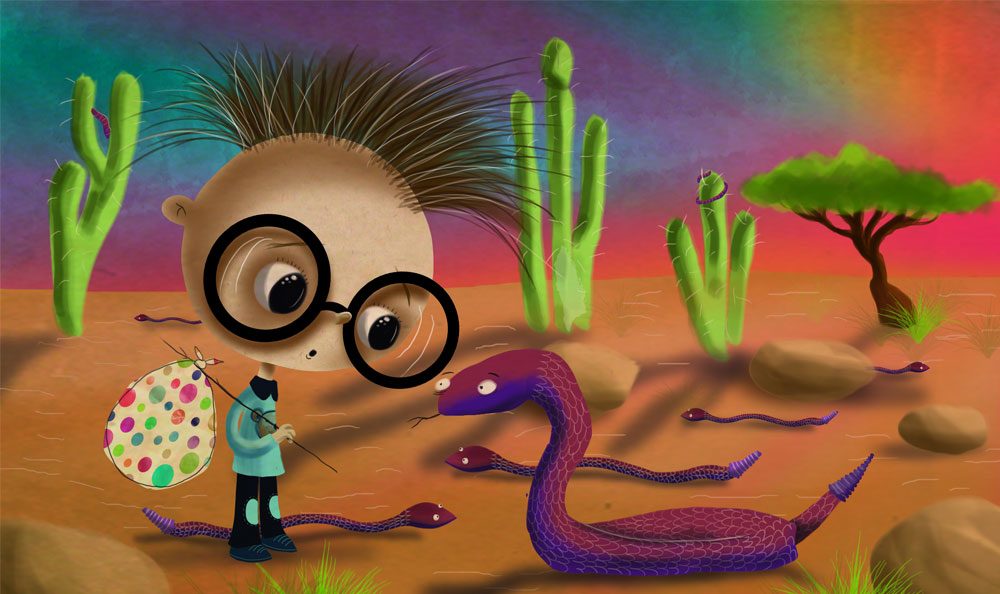 Yeah, snakes have a bad rep. The (un)popularity of Slytherin house and the reptilian implications didn’t help.

I’m a kiwi. We don’t have snakes, we don’t do snakes, we (yes a mass generalization) don’t like them that much. Respect at a distance. Having recently lived (including hiked and camped) in Central Florida for a time, snakes began to play a much bigger role in my life than I’d ever have imagined.

Now, I’m not going to pretend here that I don’t still jump slightly when I pick up a bit of brush for the campfire and there’s a black racer underneath. Let me tell you though – a slight jump is a hell of an improvement!

It got me thinking. It’s human nature to fear something you don’t understand. Even for us logical, well educated, well rounded adults.

I hadn’t grown up with snakes – I didn’t understand them. And initially, when whipping at light-speed from under a branch my hands were on – they scared the living bejeepers (and other much more powerful expletives) out of me… I didn’t ACTUALLY run and scream, more like leapt and swore – but that certainly was the initial reaction I had to counter.

Once I’d researched them a bit – and began to understand them a little, began to encounter them often, they weren’t as scary anymore. Now it’s only a little jump and no swearing….

So when I came across the Cascabel rattlesnake – endemic to Aruba – a rattlesnake that is PINK, BLUE & BROWN with diamond shaped markings (how cool is that), and is unfortunately another species that’s classified as Critically Endangered – I wanted to give it some presence.

How many of our children even know about the little island Nation of Aruba? And how many of those know about the struggling Cascabel rattlesnake… Who is going to look out for them if they don’t know they exist?

(That, plus I imagined that environment it lives in – a sort of cactus brush would look really cool when illustrated!).