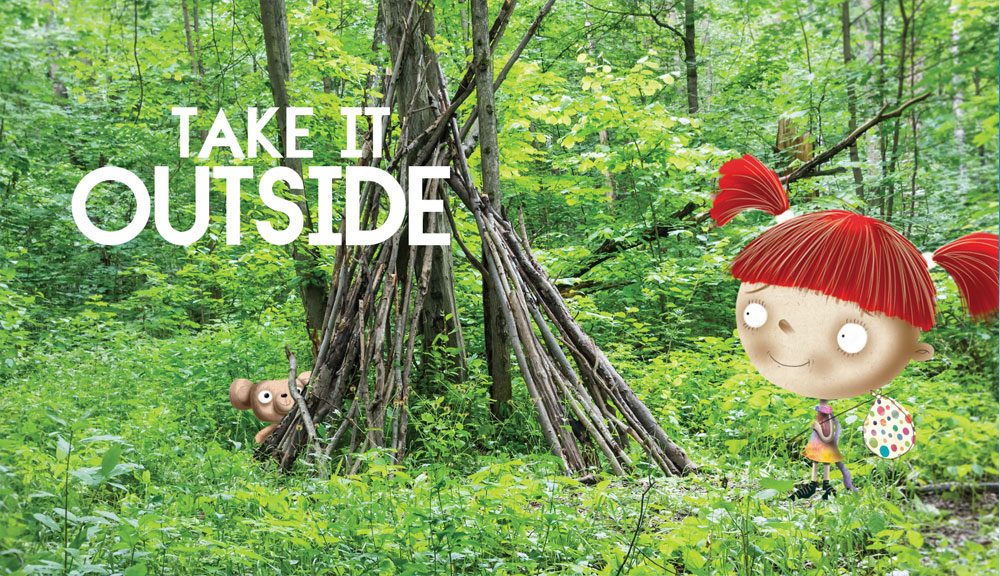 We sometimes grieve a little for the childhoods we had and the childhoods kids are experiencing now. Somehow it seemed a safer, less complicated world where kids were kids and there was so much more … freedom somehow.

Certainly there was a whole lot more outside time.

I found some research from Planet Ark that said about 70 per cent of adults played outdoors more than indoors when they were young, this compared to only 13 per cent of their children.

I heard about an amazing concept a while back – bush kindy. Just think of it … kindergarten in the bush – where every day is an adventure!

The concept of forest schools has been around in Europe for more than 50 years – and the adaptation to types of bush kindergarten is slowly making inroads around the world. Rain or shine, kids wrap up and traipse off into nature to learn and play!

There’s all the usual pre school stuff of course – it’s the extras that tickle my fancy. The satisfaction of building a damn good dam. The adaptability that comes from problem solving in the real world. The sense of adventure that comes with an innate confidence gained from being comfortable exploring the world around you. The resilience that comes from it raining but you went outside and played anyway.

Some bush kindergartens I read about have extended the natural learning aspect and the modern technology even further. Kids use iPads to identify different types of plant. Others tout an ‘only what nature provides’ approach. Whichever way a bush kindy goes – getting our children outside to explore, learn and grow can only be a good thing.

I’d like to think every kid can have a chance to take it outside. To experience the bush and the natural world. Perhaps when this company grows a little more we can add that to our community list…!

So you should probably tell everyone you know to buy a book today.